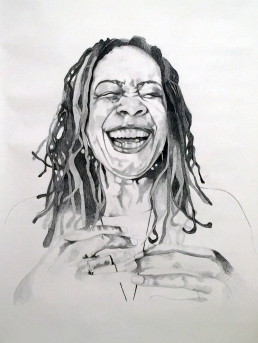 I have been creating very large-scale portraits of activists/revolutionaries/community mobilizers as a way of celebrating activists culture, activists lives and as a way of understanding the many daily choices that we all have to get involved in big and little ways to make the world a place where we all get to have self determination and where we all get to be free. These portraits are an act of reverence, a celebration of life and of choice and of action(s).

I began exploring portraiture and painting also as a way of painting my community into art history, and as a way to document my reality. I have been drawn to portraiture to render invisible lives visible : trans activists, political heroes, people with disabilities painted large in a style and medium previously reserved for dignitaries, and wealthy patrons. The artistic tradition of painting is impacted in re-enforcing systemic structures such as class hierarchies, racism and defining which humans are valuable.  My work attempts to interrupt this process by re-entering the frame around ‘unintelligible bodies’, those on the margins. 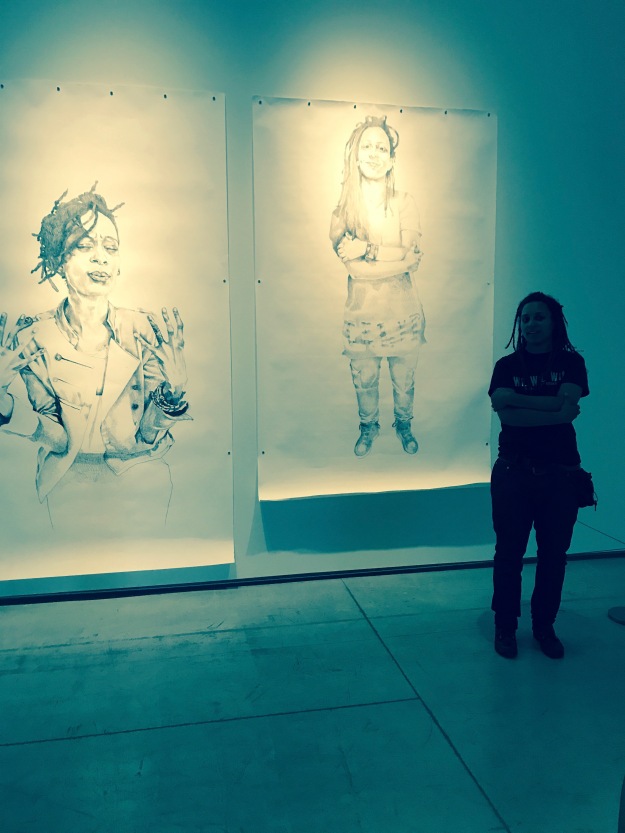 Images from the Activist Portrait Series at the Art Gallery of Ontario, in their exhibition, “Every Now, Then”,  Co-curated by Andrew Hunter and Anique Jordan

You can read an article from The Banff Centre about this project here. 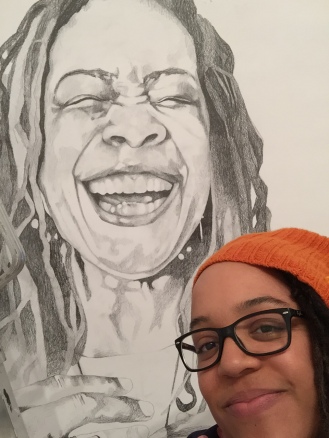 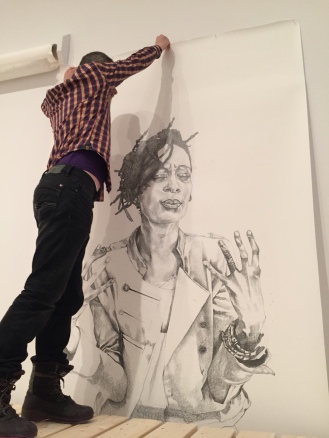 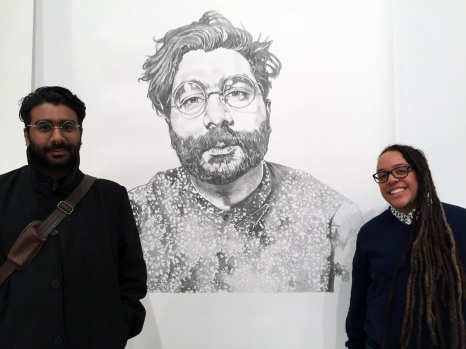